Walk in the park

Human endurance is a powerful thing.
Our athletes have been testing the outer limits of performance and possibility time and time again.
But what is the average human capable of when faced with their toughest challenge yet? 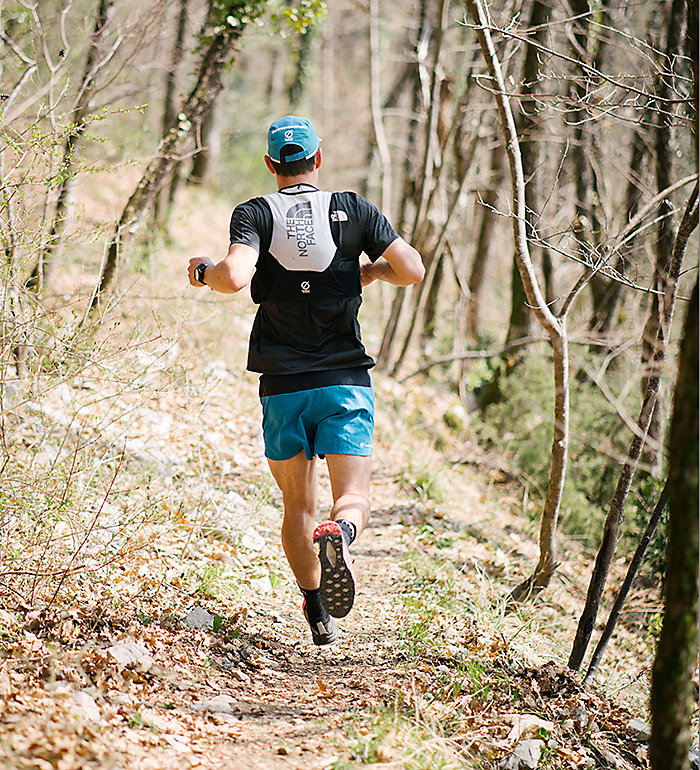 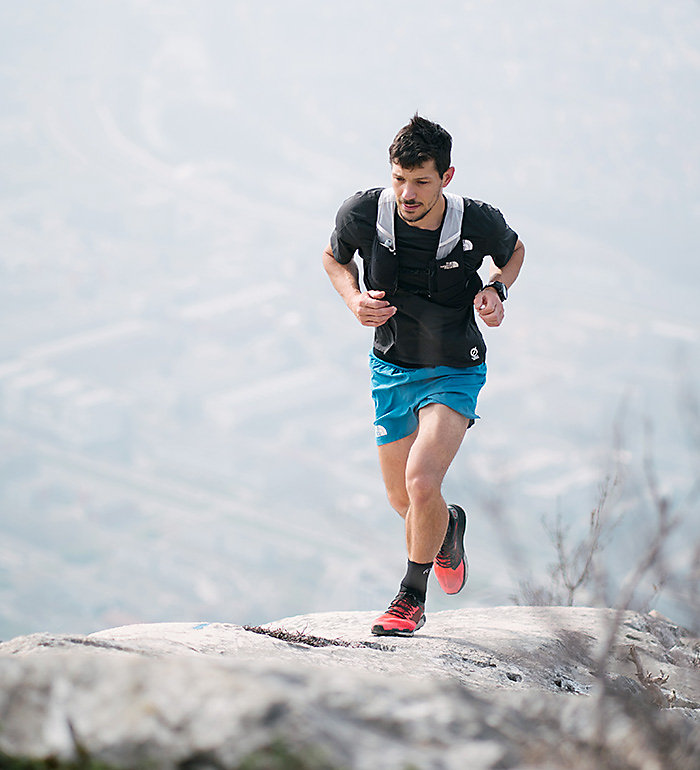 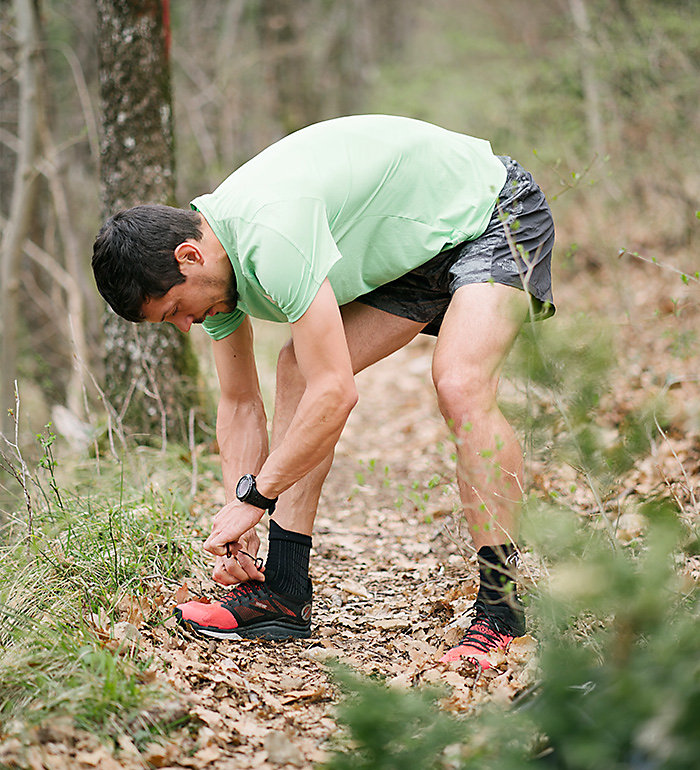 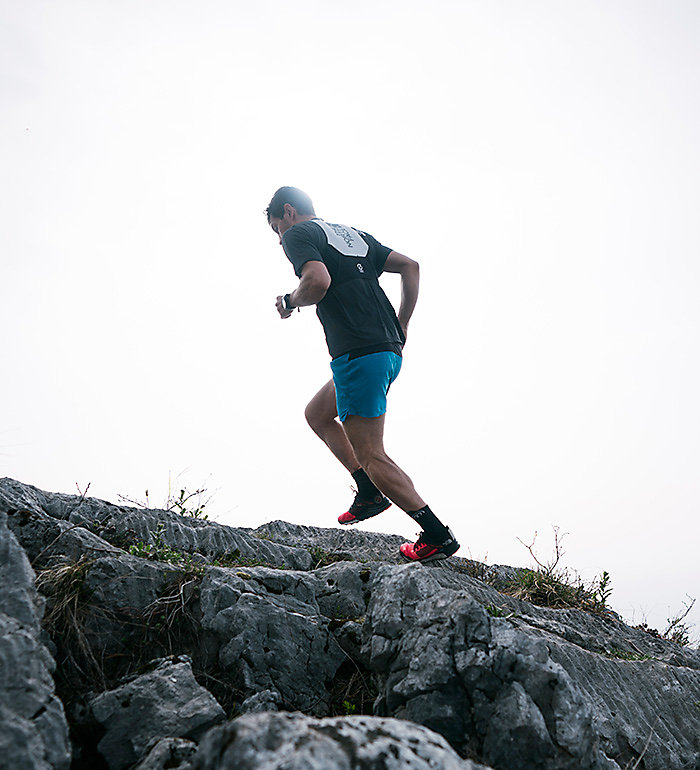 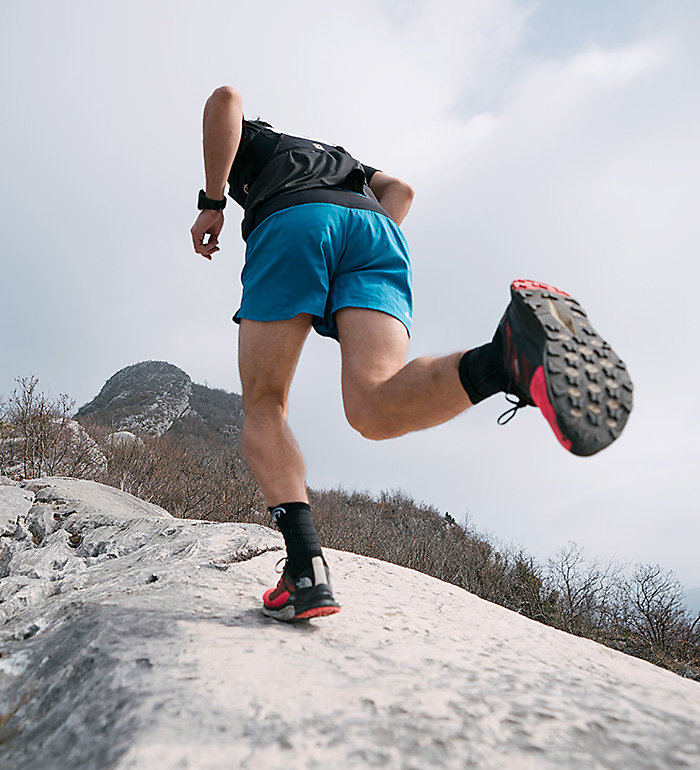 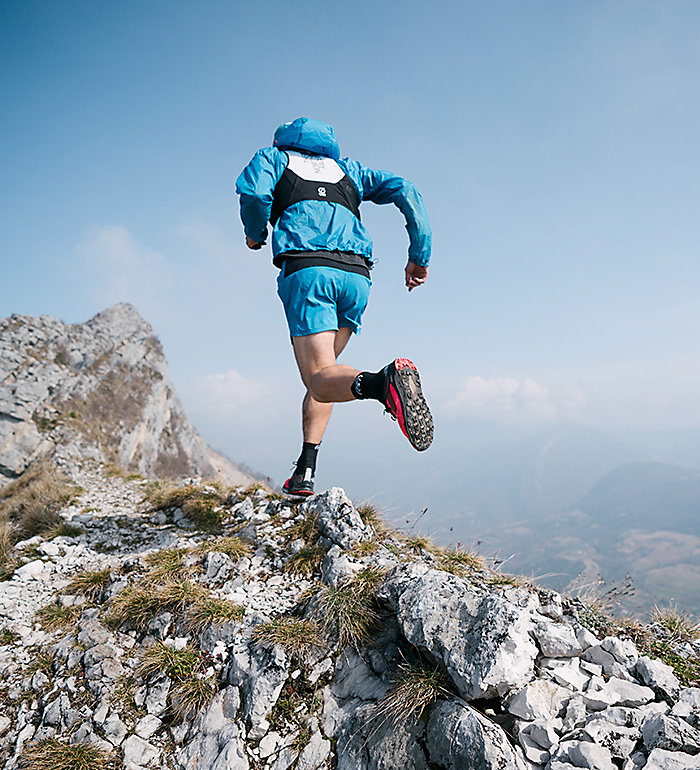 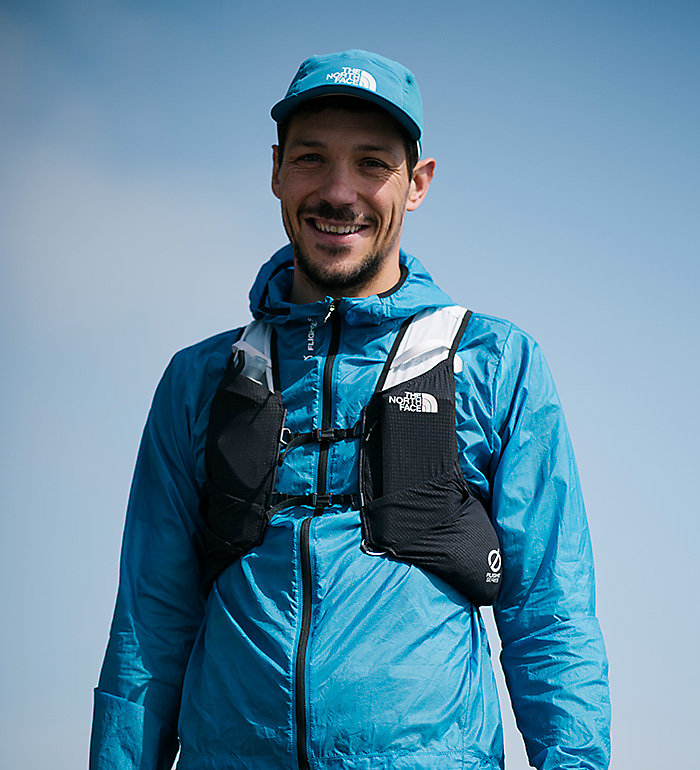 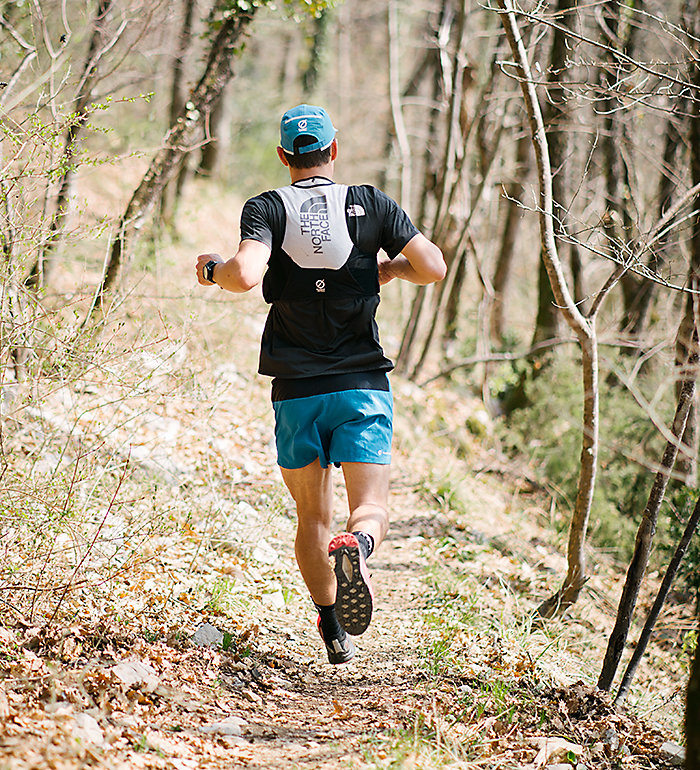 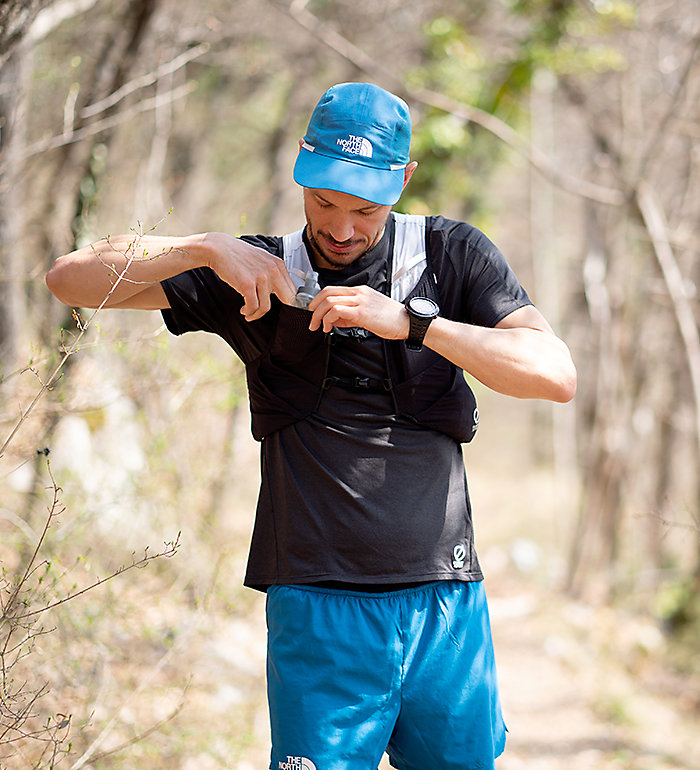 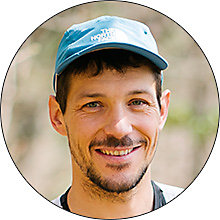 Théau Marmey is an ordinary family man from Grenoble, France – a city at the foot of the famous French Alps. He has a loving family and a good job working with young people and children at a local leisure centre. He’s not an athlete, nor is he a champion runner. But having started trail running in 2018 and with one race already under his belt, he knows a thing or two about how challenging – and exhilarating – the sport can be.

“What I really like about running is that it’s a super simple sport. You don’t need much. A pair of shoes, a small bag, a little bit of water, and off we go!”

At The North Face, we believe that anything is possible. That everyone is capable of pushing themselves to the limits. And that in the running community, every new achievement is a step forward for the
We wanted to test the capabilities of human power and endurance. We already know our athletes are possible of physical greatness, but what about someone with a passion for running and a burning desire to see what they’re made of?
Luckily for us, Théau Marmey was looking for his new challenge, giving us the perfect opportunity to see what the human body and spirit can really do when pushed to their limits. 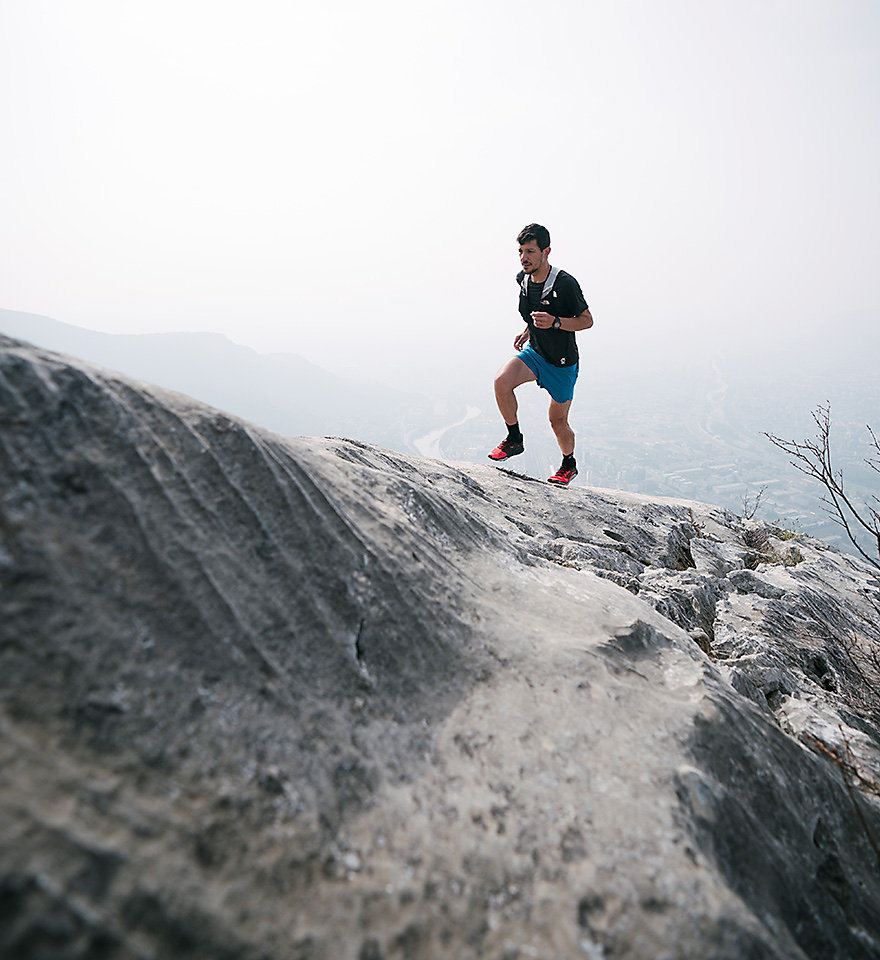 Described as the mother of all races, Transgrancanaria is an iconic 126km trail held on the Spanish island of Gran Canaria. The course spans the entire island, starting from the capital of Las Palmas de Gran Canaria before finishing at the resort town of Maspalomas.

It’s a tough route, but it gives runners a full view of the island’s outstanding natural scenery as they run and replenish their food and water supplies through the several aid stations dotted around the course.

Throughout the race, runners are exposed to rough, uneven terrain and elevations of 7,500 metres up and down. It’s not for the fainthearted – something Théau knew before he decided to take part.

“It scares me when I think about all the kilometres I’m going to have to cover. But it’s also something that makes me want to do it – to know my limits and to see how far I can go.”

In the months before the event, Théau turned his training up a notch to prepare for the intensive race. But that wasn’t without its obstacles. With a young family and a busy job to juggle, Théau had to meticulously plan his training sessions to maintain a social and professional life.

Théau worked through this by optimising his training sessions around his busy life. He got up early to run before work and stayed up late to run at night. And luckily for him, the beautiful city of Grenoble is surrounded by mountains, which enabled him to train through forests and paths reminiscent of the conditions he’d be facing during Transgrancanaria.

“The city is surrounded by mountains from left to right, which allows you to train easily. It’s not very far, and after a few kilometres of cycle paths, we’re in the mountains, which is a nice place to train.”

Despite all the odds, Théau maintained a consistent running schedule. So much so, he felt prepared enough to head to Transgrancanaria, giving himself a shot at finishing the race.

Alongside his friend Julien, Théau lined up at the start of the race with a healthy dose of adrenaline and anticipation. But instead of the warm, near-perfect conditions they expected from the subtropical region, they were greeted by ravaging winds and relentless rain, adding a new layer of complexity to the task ahead.

At this point, many of us would have given up. Indeed, the wind and rain threatened to derail everything Théau had worked so hard for.

“The longer we ran, the more intense and muddy the conditions got. We started in the middle of the night and the cold had really set in. I even broke my pole. Not long after, I started getting a pain in my calf. At that moment, I did not feel well and the doubt set in. I wasn’t even through the night and I was a mess.” 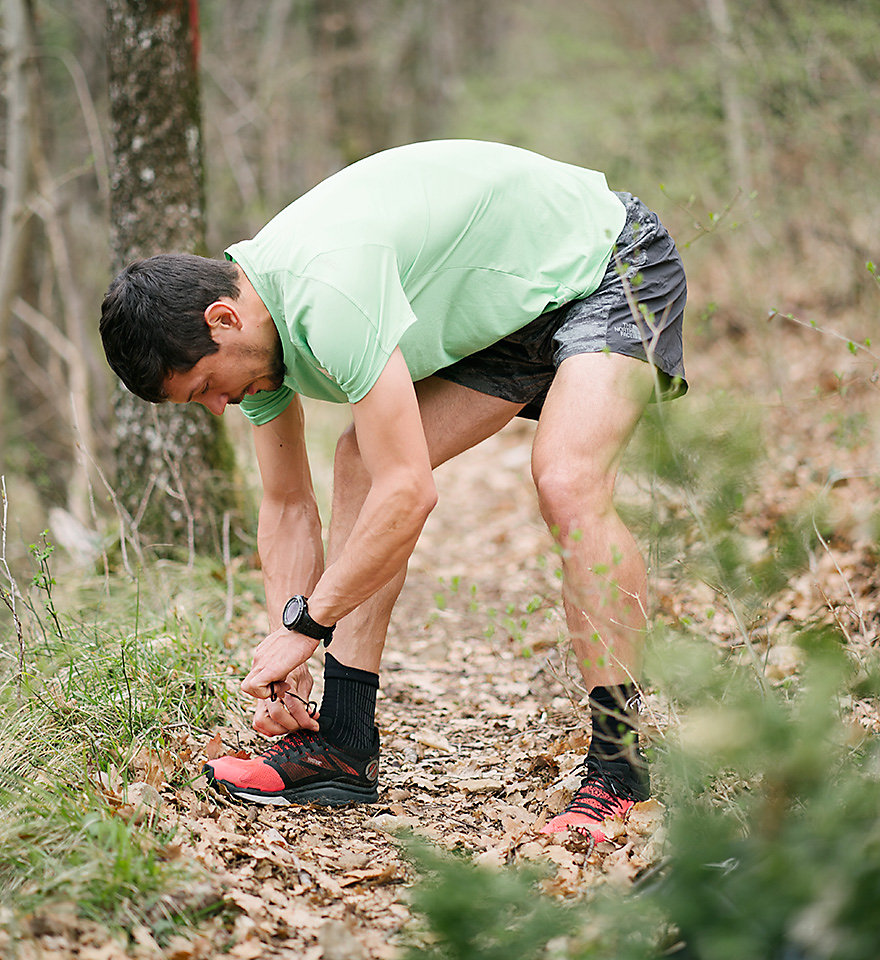 But for Théau, the wet and windy conditions were something he was used to from living in the unpredictable mountain city of Grenoble. Even so, the thought of stopping wasn’t far from his mind.

“The idea of abandonment was running through our heads. It scared us. We’d been preparing for this race for months and we didn’t want to let go of everything so quickly.”

Théau didn’t give up. He soldiered on, mustering his mental strength by focusing on what this race meant to him and how it would feel to reach that elusive finishing line.

When all felt lost – when Julien had to withdraw from the race and Théau was left to continue along the route alone, it was his family that got him through.

“I managed to motivate myself to keep going by reminding myself of my family who were waiting at the end. My best supporters are my family. I love spending time with them. My daughter is the one who supports me in difficult times.”

As soon as Théau arrived in the lower town and was reunited with his family – albeit only for a short amount of time during a much-needed rest stop – he found the boost he needed to keep going.

“The encouragement really makes you happy and motivates you to continue. It’s a surge of emotion you don’t often have. I love this feeling.” 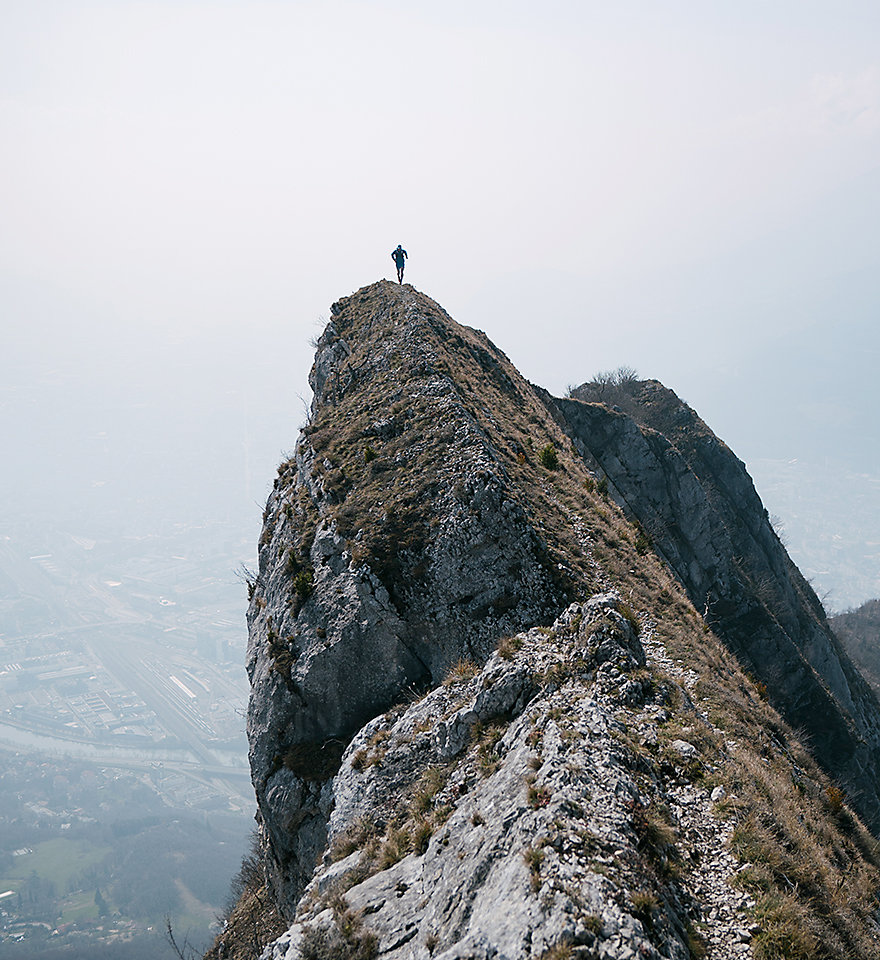 Every second of the gruelling race was a physical and mental battle for Théau. But when faced with pain and hardship, the human body begins to achieve remarkable things – something Théau experienced during the toughest moments of the course.

And despite the rough start, there was much for Théau to enjoy throughout the race. Still, after 20 hours of pushing himself to his absolute limits, the pain began to take over, and Théau was more than ready to reach the finish line.

“I got to the point where I wanted it to end. I managed to get to the final track, where I found my family, which did me a world of good. I passed through the finish line with my daughter in my arms. Finally, it was over!”